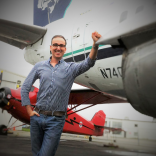 Following a difficult year for the cruise industry, Viking has brought its ships back to the world’s oceans and rivers. At the moment, 45 of its 78 river ships are sailing again as are all of its six ocean ships. Torstein Hagen, Chairman of Viking, shares his thoughts on the company’s successful return to sailing, what travelers should know before taking a cruise and how Viking is about to make some exciting changes to its fleet.

Are you requiring vaccinations for sailings? Yes, all of our passengers and crew must be vaccinated. We do not have children below 18 on board our ships anyway. The vaccine requirement is for anyone that boards or visits the ship.

To restart sailing, what pandemic-related changes have you made onboard? Our small ships already had several advantages including lots of public areas and outdoor space for only 930 passengers. Each cabin already had independent air conditioning and ventilation systems. In addition, we are able to cut airborne pathogens by 99.9%, according to a scientific review, by adding ultraviolet-C (UVC) lights and electrostatic air filters.

Onboard, we also have a UVC robot that goes through the public spaces of the ship at night to disinfect surfaces. Staff conduct testing of the handrails and elevator buttons regularly to make sure they have been thoroughly cleaned on a daily basis, too. Passengers wear masks on the ship except when in their cabin, eating, drinking or sitting outdoors. Only vaccinated passengers, crew and visitors are allowed aboard.

When touring, we encourage mask wearing while on the bus, indoors and while walking through crowded areas. It comes down to what local regulations require in each port.

Do you require testing to board the ship? We are the only cruise line to have full PCR testing labs on each of our ocean ships. We have also partnered with labs on shore for our river ships. Passengers and crew submit daily saliva samples, including upon boarding, so that we can conduct free PCR tests. Saliva sampling has the same sensitivity as nasopharyngeal swabs, and allows us to catch illness in its earliest stages before community spread can occur.

Everyone on board is already vaccinated, and this extra measure is working well. We are limiting onboard capacity due to the various requirements of each country, and daily testing helps us to keep infections off the ships or catch them early before there is community spread.

Do these changes affect consumer interest or demand? No. In fact, reservations are 40% higher than they were at this same time in 2018 for the next sailing season. People are ready to get back to traveling again, but want to know they will be as safe as possible.

When will the remainder of your river ships be sailing again? We hope soon. For now, it depends on the different country restrictions in place that make it difficult to restart.

For someone new to Viking, what should they know when deciding between cruise lines?

Unlike other cruise lines that bring passengers aboard and then charge for a variety of amenities, we see ourselves more like the way cruise lines “used to be” with a more all-inclusive approach. We have complimentary shore excursions in every port, shuttles available to take guests into town if they want to wander on their own (where local rules permit), wireless internet, laundry, and wine and beer during meal times. There is no nickel and diming on board. There are no casinos, no inside state rooms and no charge for our specialty restaurants. Each of our ocean ships is identical with 930 passengers and features these same features.

We have the largest share (24%) of the North American luxury market according to a 2019 Cruise Industry News report. When it comes to river cruises, we also have the largest American market share (50%). Our approach to all-inclusive cruising seems to be working well.

What does Viking do on the sustainability front? Our ocean ships have 40% less fuel consumption and 40% less greenhouse gas emissions than similarly sized ships built around 2000. The ships even use special scrubbers to remove the sulfur from the smoke stack, which typically appears as white smoke. It is actually water vapor not smoke, but we still found it important to remove it so that people around the ship didn’t feel like it was pollution. We are adding hybrid technology to our river ships with large-scale battery packs to reduce fuel consumption, and they are equipped for shore power, which reduces noise from the ship.

What does the future hold for Viking?

We have six ocean ships planned for the coming years, which means we will essentially be doubling our fleet. We have new docking locations in some of the best positions at many ports including in front of the Eiffel Tower on the Seine in Paris and on the Nile next to the Karnak Temple in Luxor. These are exclusive to Viking.

During the past year, we have developed a new home port for ocean sailings in Malta. They have treated us very well there, and it is a beautiful place that has been popular with travelers. We hope to continue sailing from Malta going forward. Viking Mars, our next ocean ship, is coming in 2022, and we will take delivery of our first expedition ship by the end of the year with its first sailing by early 2022. It will sail in the Arctic, Antarctic and Great Lake regions.

For those not ready to set sail just yet, what would you say to them?

It is important for passengers to be ready and comfortable before they sail. We have done what we can to reduce risks considerably, but some people may not be ready yet. We are especially proud of our online TV channel, Viking.TV, which was launched during the pandemic and is hosted by Karine Hagen, Viking’s executive vice president. It offers at-home viewers (many of whom are loyal Viking passengers) something to look forward to on a daily basis with inspiring content including interviews and travel-related programming. It has been quite popular and we are considering keeping it so everyone can enjoy the sights and sounds of a Viking cruise from home. We welcome them on our ships whenever they feel comfortable. 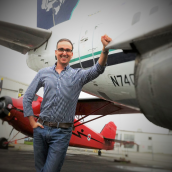 Ramsey Qubein is a freelance travel journalist covering hotels, cruises, airlines, and loyalty programs from around the globe.