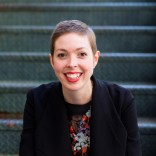 Saveur.com is an online destination for all things food, wine and travel. The site, along with SAVEUR magazine, emphasizes heritage and tradition, home cooking and real food, and is the perfect digital hangout spot for foodies with a knack for down-to-earth eats.

We caught up with Saveur.com Editor Helen Rosner, who filled us in on her favorite cookbooks, restaurants and recipes, and even let us in on what’s new at Saveur.com. Check out the interview below for an inside look at Rosner’s top culinary picks.

I heard you learned to cook from reading cookbooks non-stop. Fact or fiction?

Both my parents were avid cooks growing up, and I come from a very food-loving family — Thanksgiving is our big holiday, and it’s all about the million-course dinner. But as a kid I found many aspects of cooking to be very intimidating; it wasn’t until the summer before college, when I started working at a phenomenal Chicago bookstore called 57th Street Books, that I started browsing cookbooks in earnest, and reading not just the headnotes but the recipes.

Very quickly I realized the great, dark secret of home cooking: it’s not actually that difficult. Obviously, there are always skills to be honed and techniques to be learned, but cooking turned out to be not as much of a foreign language as I’d always thought. I kept up my cookbook addiction through college, where I lived in a dorm without a kitchen, and when I finally moved to New York and had my own apartment I was in the very bizarre position of having a tremendous amount of technical knowledge and very little practical experience. I could tell you how to French a rack of lamb, or go on and on about the geographic origins of the tagine, but if you put a knife in my hand, I wouldn’t have known how to hold it. But I managed to catch up with myself pretty quickly.

So, what’s your favorite cookbook anyway?

I couldn’t begin to just pick one! The first book that I truly relied on was Cook’s Illustrated’s “The New Best Recipe,” which I still recommend to anyone who’s starting out in the home kitchen. It hits all the major points — a chocolate cake, a roast chicken, a beef stew — and explains why certain methods work and why others don’t. It’s a foundation book, one you can turn back to when you love certain elements of someone else’s recipe but the texture or the appearance doesn’t turn out quite right.

I’m also a huge fan of “The Silver Palate Cookbook,” which I turn to whenever I throw a dinner party. I had the tremendous pleasure of working with Sheila Lukins at my first real job out of college, when I assisted her editor at Workman Publishing, and I’m so excited that her culinary philosophy of decadence-meets-coziness, which is my absolutely favorite kind of food, is back in style in restaurants.

For better or for worse, once I started editing cookbooks, and then later once I started reviewing them, I started relating to them differently than I did when I was just cooking out of them. Part of it is bringing into play a lot of the literary theory I learned in college, and part of it is the gradual realization that with our wholesale shift to the Internet as a recipe source, cookbooks need to provide more than just good dishes to make for dinner: they have to provide a story, or a journey, or a point of entry to a new way of thinking. Through that lens, my favorite book of the past few years has been David Chang and Peter Meehan’s “Momofuku.” It’s not a perfect book, but it’s absolutely unlike any other cookbook I’ve seen. It creates a relationship of brutal honesty between the book and the reader: it’s not dumbed-down in technique or language, it’s not selling a fantasy world of saturated colors and tweezer-placed microgarnishes, and it’s willing to admit its own limitations — which, counter intuitively, actually makes it feel more authoritative. I love that in the recipe for a whole lobe of foie gras, Chang says in the headnote something like “I have absolutely no idea why you’d want to make this yourself at home.” It’s so ballsy for a cookbook to say “hey, actually, don’t make this.” And it’s true, I totally believe that there are some dishes that are worth paying someone else to make for you. I think that’s an important lesson for any cook to learn: sometimes you don’t have to do it all yourself.

Truthfully, I’m way behind on my food book reading — I do most of my not-cookbook, not-fiction reading online, where there’s a seeming infinity of brilliant, blog-based food writing. But the two food-related paper-and-binding books I’ve read lately that have really stuck with me are Gabrielle Hamilton’s “Blood, Bones, and Butter,” which is visceral and beautiful and of which I’ve given maybe a dozen copies to friends, and Lauren Shockey’s honest, funny “Four Kitchens,” which was just a joy to sit down and read. They both belong to that how-I-became-a-chef category of memoir, but they couldn’t be more different from each other.

And do you have an all-time favorite foodie-centric book?

The book that really got me started on the idea of food writing as a career is Jeffrey Steingarten’s second anthology of essays, “It Must Have Been Something I Ate” — I can deliver huge passages of his anti-anti-MSG essay from memory. And Bill Buford’s “Heat” blew me away when I read it; not just because of the riveting, comprehensive, warts-and-all depiction of the making of a world-class chef, but also because Buford’s writing is just outrageously good. It’s a master class in the art of immersion journalism.

If you could only eat at one restaurant for the rest of your life, what would it be?

Marlow & Sons in Brooklyn, hands down. Start with the chicken liver mousse crostini and a half-dozen oysters, move on to the chicken cooked under a brick with a side of garlicky greens, finish with a cup of pu-erh tea and their chocolate caramel tart. The food they serve is what you’d eat if the best home cook in the world invited you over for a totally casual, effortlessly cool, last-minute weeknight dinner.

Summer is almost over… what was your favorite recipe this season?

Our web assistant editor Anna Stockwell invented a genius grain salad with kale, cherries, brown rice, and shredded chicken — It’s so picnic-friendly and super summery, I wanted to eat it basically every day.

Any fall recipes that you’re cooking up?

I don’t even have words to express how excited I am about Brussels sprout season — the test kitchen has been coming up with the most amazing recipes using them in ways I’d never even thought about before. And I’m always psyched for the weather to get cold enough for me to start making stews and pot pies again; I love experimenting with different combinations of vegetables, meats, and beers.

So much! We’ve been rolling out new features and new tools on the website almost faster than I can keep track, with some really exciting projects in store for the holiday season that I can’t talk about quite yet. But what we’ve got going on now is pretty fantastic: along with all the incredible content from the print magazine, we have terrific web-exclusive content like our twice-weekly product spotlight One Good Find, our weekly Friday Cocktails feature (especially fun to write because we get to sip on the drink while we’re writing about it), and it’s been so much fun diving deep into the food culture of slightly off-radar cities with our City Dozens series.

I hate to admit to having a favorite, but I’m most in love with Recipe Comix. The project began because I’m a total comics geek, and I wanted an excuse to email all these artists whose work I deeply love and admire, but it’s grown into something that’s just tremendous in scope: We sent commissions to artists with the ridiculously short brief “Draw us a recipe,” and the pieces they’ve sent back have been just mind-blowing. There’s been an amazing range of styles, tones, structures, aesthetics. I love that we’re bringing comics to an audience that might not have previously realized how energizing and multifaceted the medium can be.

I love that eggs and waffles are both moving off the breakfast menu and being embraced as bona fide all-day foods. I hope other morning foods follow; there’s something so fun and elegant about doing a full-on breakfast-for-dinner. My mind is reeling with the cocktail pairing possibilities. 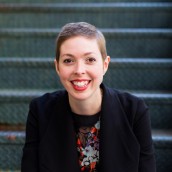 Art in the Age’s SNAP Spirit