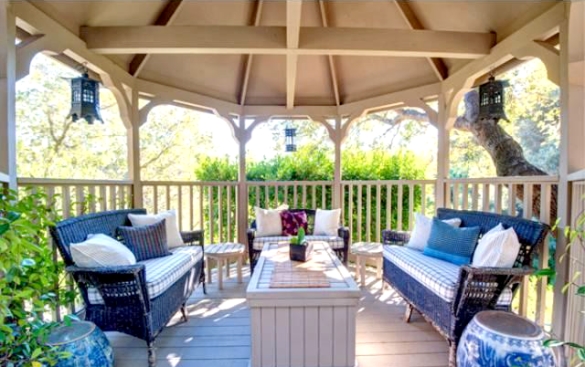 Actress Faith Ford, best known for her Emmy Award-nominated turn in “Murphy Brown” (1988), has listed her secluded home in the Brentwood area of Los Angeles, California. The 4 bedroom, 4.25 bathroom house, which also includes a detached garage and two-story guest house, is currently on the market for $4.95 million.

The two-story home, set on a wooded half-acre lot near Mandeville Canyon, features a professionally-equipped kitchen, spacious living areas, and oak and walnut flooring throughout both the main and guest houses. White-washed wainscoating and and exposed beams lend a cozy country-esque feel, and wide windows let in plenty of natural light. The beautful grounds include a rock spa, gazebo, waterfall, koi pond, and fruit & vegetable garden. And, as Real Estalker reports, the house is being sold fully furnished.

This listing is presented by Nourmand & Associates. 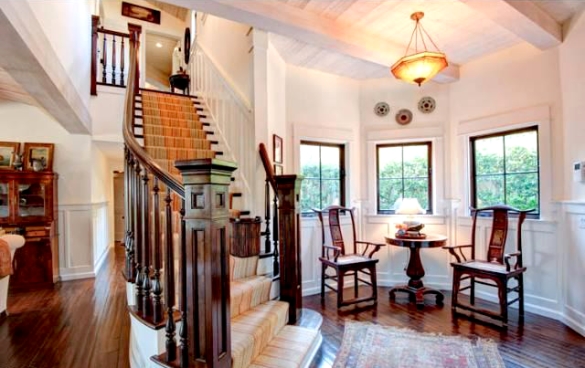 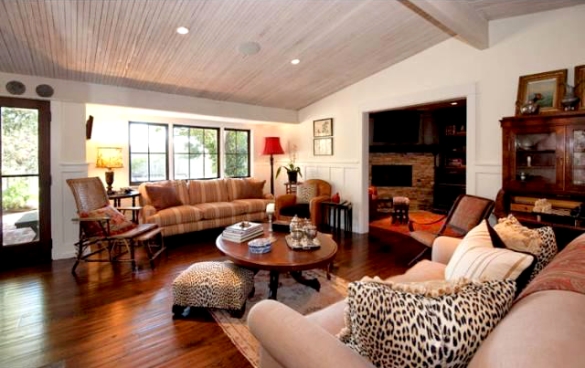 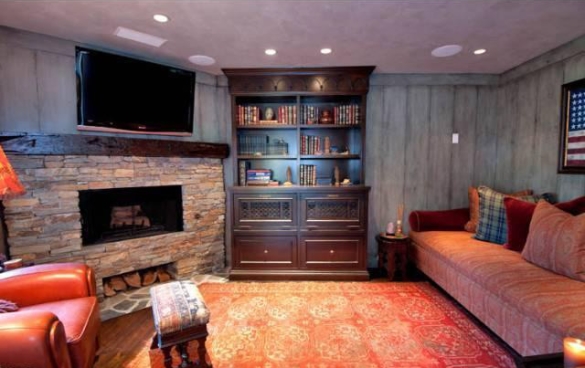 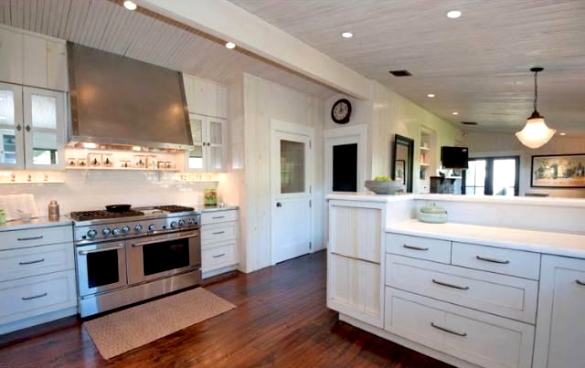 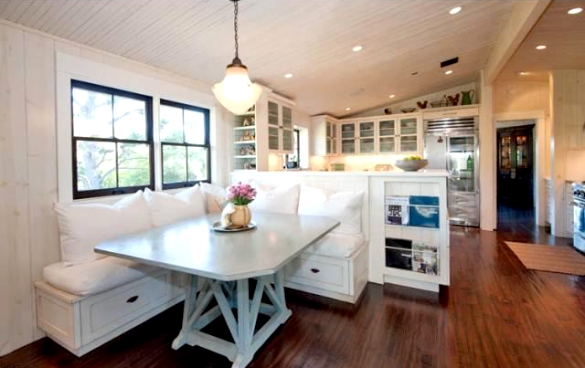 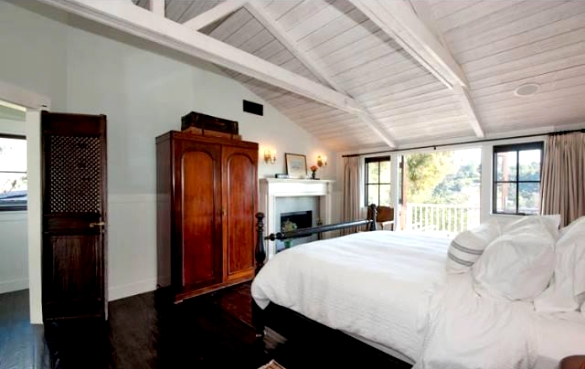 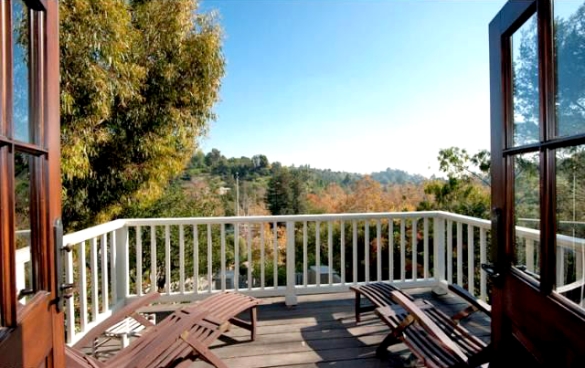 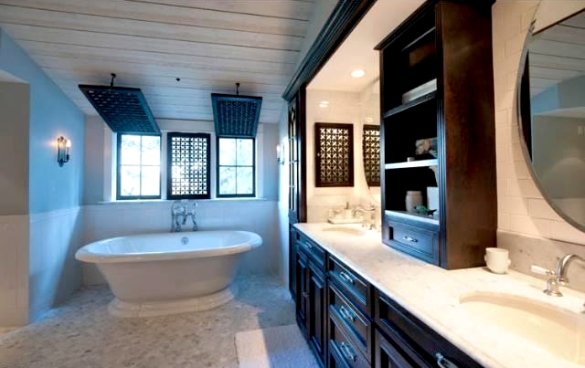 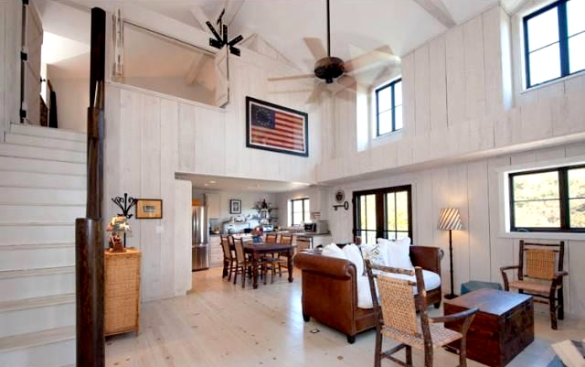 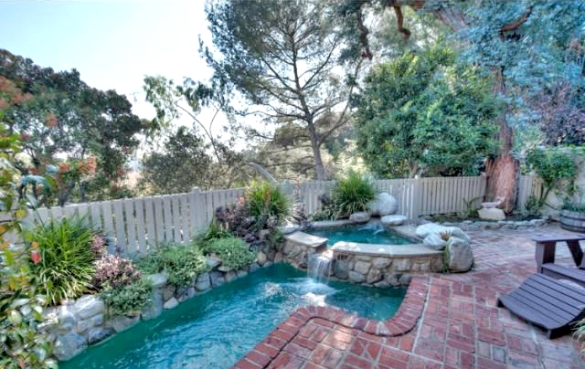 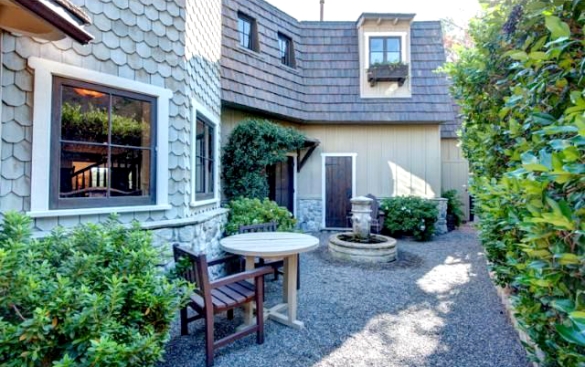 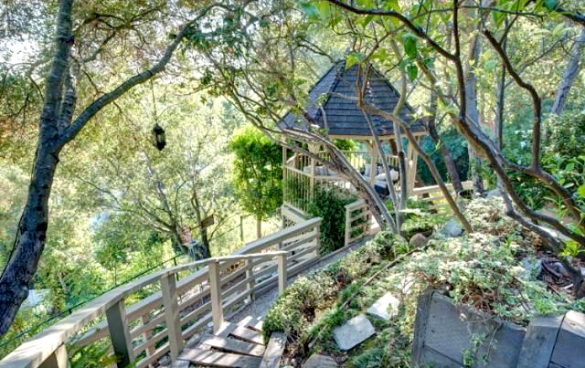 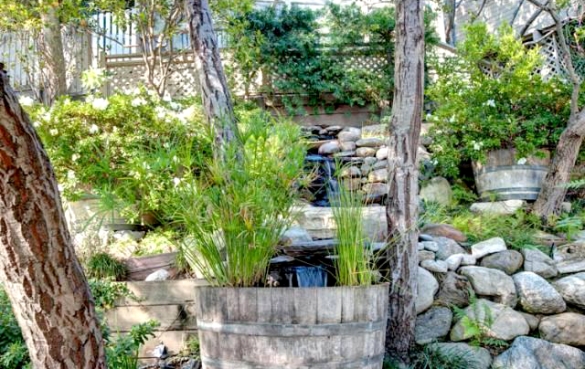 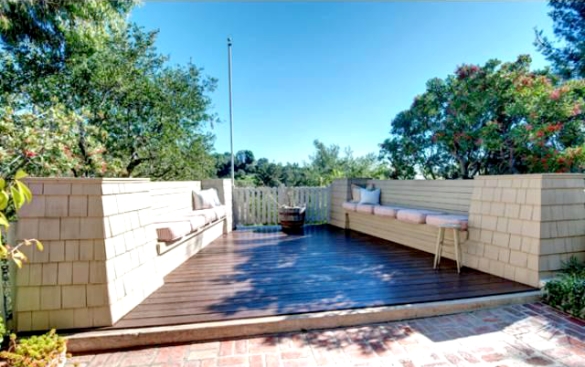 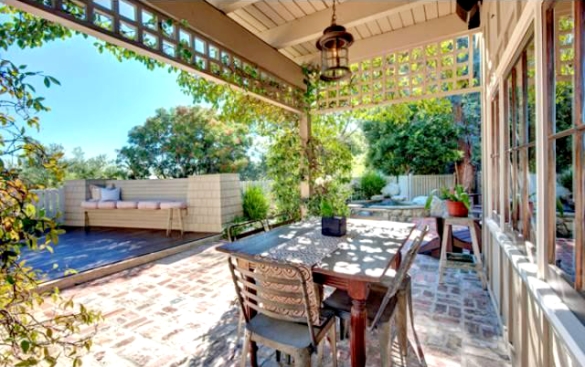