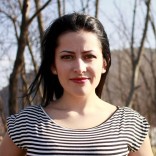 Luxury also lies in the eye of the beholder. Ada’s…

Traveling the world under the dark sky, Moscow-born physician turned artist Leonid Tishkov has been sharing his idea of unity, privacy and loneliness with the rest of the world. This artificially illuminated crescent moon art installation is a metaphor for the power of a single thing to unite people all over the world. Nations and cultures share the same inspiration that brings poetic moments in everyone’s life.

The “Private Moon” mobile art installation encompasses the story of  “a man who met the moon and stayed with her forever”. Traveling across China, New Zealand, Taiwan, France or the Arctic accompanied by poetic creations, the artist constructs a road map of his soul. Presented as a visual poem used to reflect the deepest feelings of its creator, this symbolic travel makes us think about our own loneliness not as a punishment, but rather as an opportunity to find ourselves and kindred spirits,

“Therefore each picture is accompanied by my own verse, which I wrote when I drew my sketches for the photographs. So it turns out that the Moon overcomes our loneliness in the universe uniting many of us around it.” 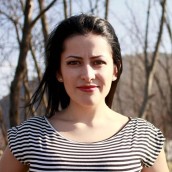 Luxury also lies in the eye of the beholder. Ada’s perspective on innovative ideas plunges into the international design pool where elegance meets functionality in modern shapes.As a freelance writer with a degree in Journalism and a Master’s in Mass Media and Public Relations, Ada connects the creative world of design with its reason for existing - people all over the world.Inspiring international details compose a fascinating scene ours to discover, so join Ada on Twitter or Google+ and enjoy her House inspiration board on Pursuitist.

Tickets To The Moon for $155 Million