If you are yearning to visit Britain,, walking through the country’s National Trails is the best way to experience the new surroundings and unveil the classic beauty of the English countryside.

The United Kingdom is home to so many spectacular rambling routes that choosing the best will always remain a contentious issue, as the opinion of each hiker will differ for personal reasons.

From gentle jaunts for recreational ramblers to endurance tests for professional hikers, we have picked five of the best walking itineraries in the UK for you to choose from for your next long-distance challenge.

Cotswold Way: Step back into time

Starting from the quintessential town of Chipping Campden and ending at the UNESCO World Heritage site of Bath, the 102 mile long Cotswold Way offers a classic hike over the traditional English countryside. You can opt for a short three day hike across the soul-stirring sights of south-central England or a week or even longer depending on the pace you want to travel. It’s best to go on guided walks with companies like www.mickledore.co.uk as you can customize your itinerary as per your stamina, plus have some company for the walks.

Your three day hike will cover the three best heritage towns of Chipping Campden, Broadway and Winchcombe. From Chipping Campden follow the Cotswold Way till the turreted to the 18th century Broadway Tower for views of sixteen counties from the top. Alternatively, you can visit the laid back stone village of Stanton below Shenberrow Hill or head to the equally idyllic Snowshill, straight out of a picture postcard.

Follow the ancient pilgrimage route from from Winchcombe to the ruins of Hailes Abbey and browse among the world famous Winchcombe Pottery on the return trip. You can spend the night anywhere either in Chipping Campden, Broadway or Winchcombe on this trip.

The entire Cotswold Way hike passes through a well-marked route traversing stately country homes, castles and gardens with overnight stays at typical English villages before ending at the elegant spa city of Bath to the south. This 10 day/11 night tour has a daily average of ten miles, which can be increased or decreased as per preference of the hiker.

Devised by the famous English walker Alfred Wainwright, the Coast to Coast Path covers a distance of 190 miles from St Bees on the shores of the Irish Sea to the fishing village of Robin Hood’s Bay on the North Sea. This is easily one of the most popular walking routes in England, especially for nature lovers, as it passes through as many as three national parks namely, Lake District, Yorkshire Dale and North York Moors.

While some stretches can be soggy and muddy, there are no steep ascents or descents involved. All that is required is a reasonable level of fitness to complete the whole Coast to Coast Path. The paths are well-maintained, but the marking is only sporadic, requiring a guidebook and map before setting out. You can start your trek on any day between mid April to mid October.

After spending your first day at the charming village of St Bees you say goodbye to the ocean views and walk across farmlands towards Emmerdale. Next day an easy 16 miles lakeside stroll to Rosthwaite. Day four is a Lakeland classic as you descend into Grasmere from the Easedale Valley. Your next stop is Patterdale, then Shap to Orton, Kirkby Stephen, Keld, Reeth, Richmond, Danby Wiske, Ingleby Cross, Clay Bank, Blakey Ridge,Glaisdale, Littlebeck and finally Robin Hood’s Bay.

Dales Way: A blissful escape from the real world

The Dales Way is an 80 mile walking path in northern England which is considered to be one of the easiest long distance walks in the UK. It extends from Ilkley, south of the Yorkshire Dales National Park to the tourist hub of Bowness-on-Windermere in the Lake District National Park.

Much of the walk is through the quintessential English countryside with the first couple of days along the river, while the middle section is a bit remote as it passes through wild moors as it ends at the Lake District surrounded by its dramatic peaks. 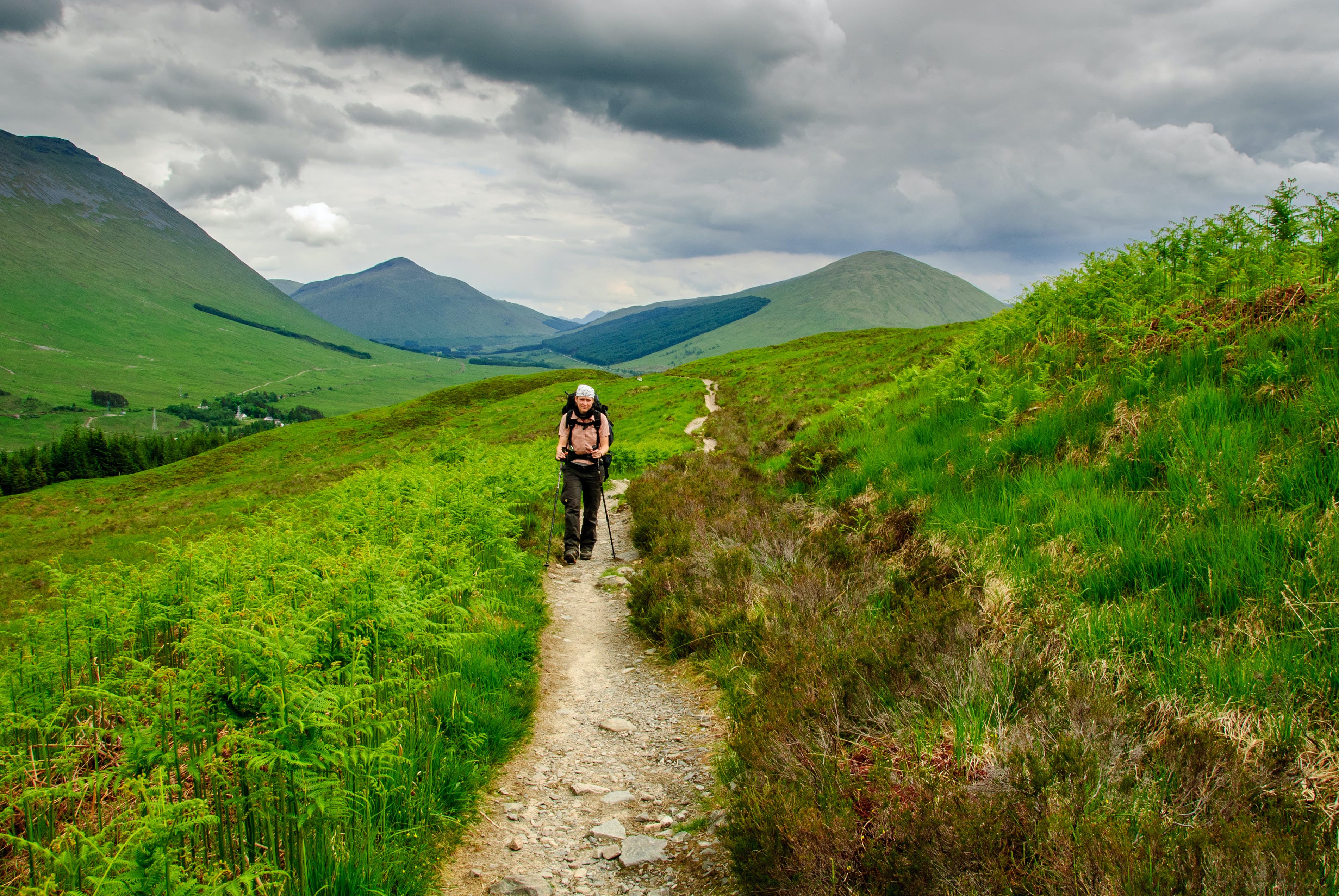 At four to seven hours of walking each day, you can do the whole route in six days, covering ten to sixteen miles per day. The walk can be done in either direction, but people prefer to go from Ilkley to Bowness-on-Windermere. You can walk for hours without meeting a soul, which makes this a refreshing trek. April to October is the ideal period for this trip.

The best itinerary is from

, Burnsall,Hubberholme,Winshaw, Sedbergh, Burnside and finally ending at Bowness-on-Windermere on the sixth day. 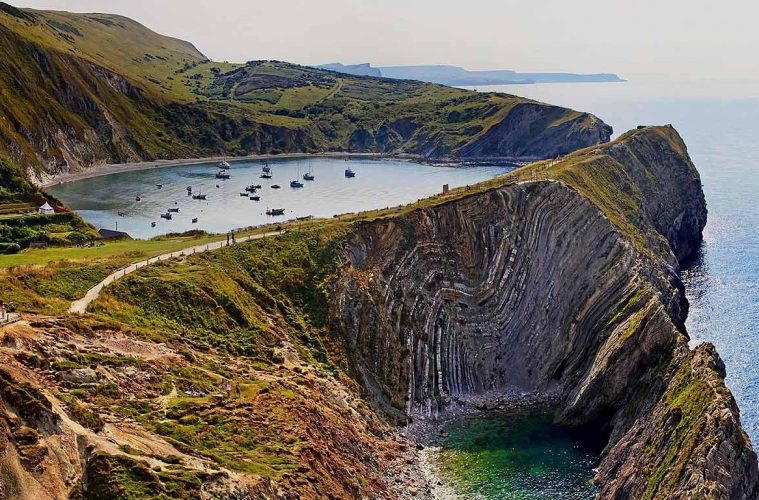 This stunning 73 mile walk from Fort William to Inverness through Scotland’s Great Glen encounters the epic landmarks of Loch Ness and Ben Nevis apart from a number of other attractions such as Ardverikie and Urquhart castles enroute. The Great Glen Way can be walked over four to six nights with options to stay overnight with the various communities on the trail.

Apart from a couple of challenging sections at Munros and Corbett the route for a majority of the length is low-level and laid out on well-trodden forest tracks and roads. The trail begins from Fort William, beneath Britain’s highest peak Ben Nevis from where you trek northeast towards through the lochs of Licht, Ouch and the famous Loch Ness, perhaps for the glimpse of the legendary monster.

Hadrian’s Wall: History in every step

Stretching from the Mouth of Tyne in the east to Solway Firth in the west, the Hadrian’s Wall is a superb Roman coast to coast walk of 84 miles. The walk is easy to begin with, but becomes a bit difficult in the mid-section which incidentally has the best attractions of forts and museums. 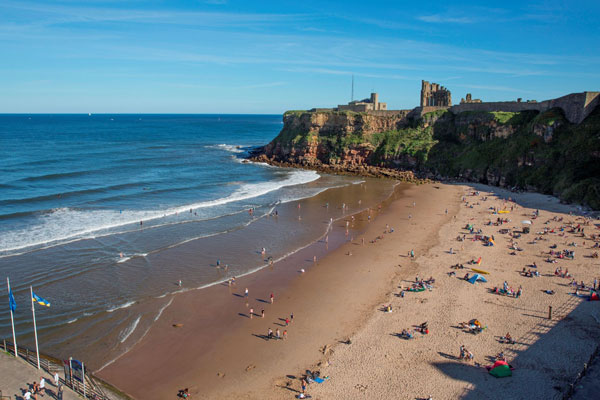 The wall can be walked in either direction and one will pass through ruins of the 16 Wall Forts, castles and turrets which serve as a reminder of the 400 year Roman occupation of Britain. There are multiple itineraries to cover the important sections of Hadrian’s Wall:

So this was our handpicked selection of top 5 walking itineraries across the UK.