Vape Nicotine Levels: What Is Best For You?

The one thing we all love about travel—whether our thing is gastronomy, nature or culture—is the prospect of returning home transformed by the journey from the inside out. And who doesn’t love it when friends make such comments as, “You look so refreshed!” or “You’re absolutely radiant!”  A desire for the ultimate transformational outcome has, perhaps, led to destination medical tourism. While there’s an undeniable pull to distant lands with exotic settings, the lower costs for plastic surgery add to the allure of having “work done” abroad. 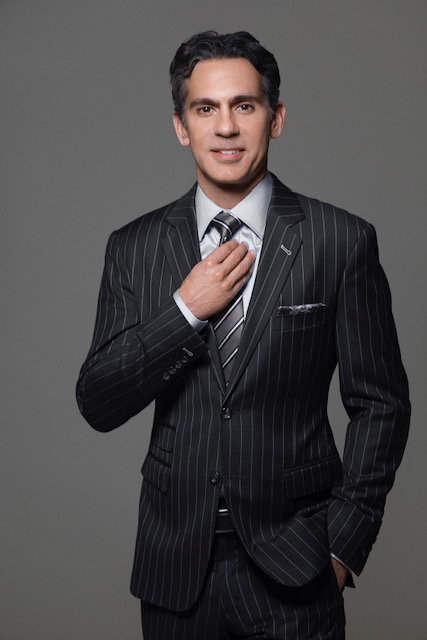 According to the International Society of Aesthetic Plastic Surgery (ISAPS), Brazil, South Korea, Italy, and Mexico rank among the top international destinations for cosmetic surgery tourism, with Eastern European and South American countries rounding out the list. Beverly Hills-based Dr. Michael Newman points out that a number of factors make costs seem more affordable. Labor and support staff at clinics in those locales are less expensive, and there is less government regulation (along the lines of our FDA) involved. Even as the prices of breasts implants and other common procedures drop in the U.S., he observes one could easily shave off 30% of those prices at higher tier clinics in Mexico, Eastern Europe or Brazil. It’s 50% less if you select a cheaper clinic.

“(Concierge services and travel agencies) offer destination packages that cover flights, hotel or recovery center lodging and the procedure,” Dr. Newman explains. “However, you don’t have any follow up when you go abroad for a procedure. Beyond the risk and safety issues that may arise overseas, if you return to the States and you need some kind of adjustment or something goes wrong, you’ve got no recourse even if you can reach them by phone or video conference. You lose money on flights and lodging if you need to return to the country where you had work done.”

U.S.-based practitioners, in contrast, need to be board certified for every aspect of a procedure, and with that, a professional reputation to uphold via accountability, a legal system, and government regulations. Dr. Newman believes the old adage, “You get what you pay for,” is applicable in his argument that patients are best off having work done in the U.S.

“It’s more reassuring to be in a place where you can have regular follow up or deal with complications right as they arise,” he says. “Your money is better spent in the U.S. as it will be that much easier for doctors to answer questions, do surgical revisions, or alleviate complications no matter how minor. Sometimes the complications can be very minor,  but if you have to go somewhere else and deal with them every time there’s an issue, the overall situation can get really complicated.”

The current reality of the pandemic further complicates things, with concerns about COVID exposure, developing symptoms, having to quarantine and facing various issues at international borders. While it is logical to conclude that you can find superb and inferior plastic surgery practices and clinics in Beverly Hills, Rio de Janeiro or Seoul, Dr. Newman says a prospective patient must consider all the possibilities and consequences of making life-altering changes in one’s appearance in an unfamiliar setting.

“The only way a good result can be fully assured is if you have a background in a given country, have family there and speak the language,” he continues. “Some patients who travel to Brazil to take advantage of favorable prices do well as they are familiar with its medical system and are more likely to know who the most reputable doctors are. If I were to pick a ‘safest’ country, it would be South Korea, with its strict regulations, structure, and strong adherence to morals and values within its medical institutions.”

Another logical question is whether a U.S. doctor could provide a referral to a respected overseas colleague. Dr. Newman says that the short answer is, “no,” with regulations of procedures like liposuction, implants or even injectables varying greatly from country to country.

“Unless (you have) lived in a given country, you’re not going to have the insight into the subtleties of who’s the best trained and safe to work with,” he continues. “While there are agents and concierge who can coordinate surgery abroad, they’re not medical professionals and may make decisions more about profits and less about safety. Furthermore, most responsible doctors in the United States will not recommend somebody abroad, as there is rarely financial gain for them and may be on the hook if something goes wrong.”

The dream of a “transformative getaway” is still doable if the patient consideres domestic medical destination travel.

“Miami is probably the hottest destination for plastic surgery because of its warm climate and the fact that costs are lower there,” he says, noting that the Phoenix area is similarly favorable. “Physician in Florida don’t have as many taxes as their California counterparts, and labor, real estate are less expensive, which will be reflected in the rates for procedures. Furthermore, a patient from out of state will pay less because (she) will be taxed less than a Florida resident would be.”

One of the biggest ironies of med-tourism is that Los Angeles is a destination of choice for foreign patients, including some coming from hottest plastic surgery epicenters. With that in mind, the doctor recommends finding a U.S.-based surgeon that you trust, and notes that in places like Miami, Los Angeles and Phoenix/Scottsdale, many will be plugged in with a concierge services that offer med-tourism packages. In addition to top-flight lodging and luxury amenities, they may figure in a nurse or a medically trained staff which can help them as they recover.

Vape Nicotine Levels: What Is Best For You?